appui 22/05/2022 Fashion 765
A student from Wishaw has dedicated her final university project to her younger brother who took his own life 2018.Sophie Aitken, 22, has just completed fashion design at Heriot Watt and her final pro... 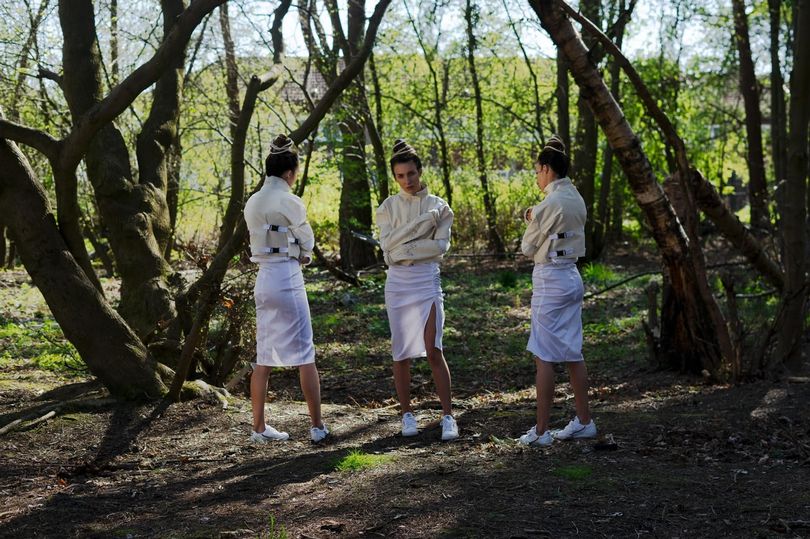 A student from Wishaw has dedicated her final university project to her younger brother who took his own life 2018.

Sophie was inspired to explore these themes after losing her brother, Murray, four years ago when he was just 17.

The collection is named 'Reach Out' and is a message to those that are struggling to do exactly that.

Speaking to Lanarkshire Live, Sophie said: "I started university just four months after Murray died and it was such a hard experience.

"He was my best friend, my favourite person and I’ve spent every day for the last four years missing him.

"I made a promise to Murray that I would carry him with me on every adventure I went on, ensuring his memory lived on through me.

"I looked at mental health and suicide and made my collection with this inspiration behind it.

"Looking to give a voice to those facing their own battles of mental health and breaking the stigma that surrounds it."

Sophie wants people who may be struggling mentally to reach out (Image: Andrew Mccappin)

Sophie had various inspirations from what designs she wanted to what material to use.

She settled on three outfits which were all white and featured designs of hands reaching out, which Sophie designed herself.

She said: "Using a colour palette of whites and creams to detail the opposite of death, a contrast of the connotations of darkness surrounding mental health, suicide and ultimately death.

"One piece has a straitjacket with hands on the sleeves, which fits with the theme of reaching out for help.

"If you are ever facing your own mental health battles, please know you are not alone, you are loved by someone and the world still needs your light to remain lit."

*Don't miss the latest headlines from around Lanarkshire. Sign up to our newsletters here .